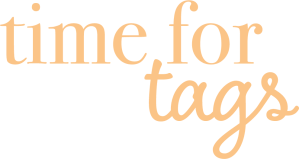 Hello fellow bookworms! I haven’t done a tag post in a while, and it’s Thursday, so why not! I’ve been in such a Harry Potter mood recently with the 20th anniversary celebrations and September 1st ’19 Years Later’, and I’ve seen so many book-tubers and bloggers do this tag, I really want to give it a try myself…

Up until a few weeks ago, I would have always answered this one with Goblet of Fire but I’ve recently done a re-read of Half Blood Prince and my favourite books are fluctuating…

I used to have a tradition where I would watch Chamber of Secrets the night before my birthday every year! It’s strange because I’m a fan of neither spiders or snakes, but I loved this film. 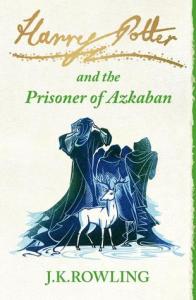 Of course I don’t dislike any of the books, but if I had to choose one, Prisoner of Azkaban has the least Voldemort storyline progression.

Parts of the Books/Movies That Made You Cry

Hermione, of course! Her work ethic is so motivating, and she is such a relatable character. Hermione is the fictional character I would also want to be, or be friends with!

What would your Patronus be?

I took the Pottermore test twice (accidentally on my friend’s account), and the first time I got a Dolphin, but the second time, on my profile, I was given a Mink. I’m very pleased with this, my favourite animal is an otter, and they’re similar animals, so I’m happy!

If you could choose a Hallow, which would you choose?

Definitely Invisibility Cloak! I wouldn’t want the pressure of having the Elder Wand, and the Cloak would come in handy a lot!

What House would you be in?

Hufflepuff of course! I don;t think I could ever be anything else (apart from maybe a little bit of Ravenclaw…)

Have you played any of the video games?

Considering I can barely work an Xbox or turn on a Playstation, I’m gonna say no…

If you were on a Quidditch team, which position would you play?

Were you happy with the ending?

Yeah, I think so. There’s a few things I’m a bit iffy about (Albus Severus Potter, seriously Harry can you not be more imaginative?) but I can’t fault JK Rowling’s decisions.

How much does Harry Potter mean to you?

Too much to put into words!

I hope you enjoyed today’s tag, and I would love to know some of your Harry Potter favourites in the comments below!

I like books and tea. MA Children's Literature student.

Hermione is my favorite character, too! No one would let me on a quidditch team. I’m the least athletic person ever.

It’s so funny: I’m not a fan of spiders and snakes, actually, I can’t stand both – yet the Chamber of secrets is somehow one of my favorite Harry Potter movies as well?! I think I love the build-up in the movie, the tension, how everything is so, so…I don’t know, it feels intense ahah, I love it so much. I’d choose the Invisible Cloak just as well, it’d come in handy so many times for sure 😉
Lovely answers! 🙂

I think for me, Chamber of Secrets was one if the only films in the series where the story made sense to me! As the series went on, I got so confused, but everything was cleared up when I picked up the books! I once said if I had the Cloak, I’d be able to get on the bus for free… no other use for it, and I don’t even get the bus a lot 😅 i think you’re right, there are plenty of other times it would come in handy! Thanks for your comment ☺️

Oh you have read the books after seeing all the movies? I felt the same way about it all, I was a tiny bit confused but it all cleared up when I read the books! 🙂

Yeah I was only 1 when the first book was published, and when I tried reading them in school I lost interest like the naîve little one I was! I watched the movies ad concentrated so hard to try and grasp the storyline but they just leave so much out, the books just make so much more sense!

Agree! The movies are such great adaptations, but the books are better 😛

Great answers! The prisoner of Azkaban is actually my favorite, haha

Ah, I always find it difficult to choose least favourites when it comes to Harry Potter!

My favorite Harry Potter book is definitely Order of the Phoenix (even though it seems to be everyone else’s least favorite) and I think my favorite movies is Deathly Hallows, Part 2! Hermione is a great character; who doesn’t love her! Ravenclaw is my House for sure! 😄

I’m a Hufflepuff with a mink Patronus too!